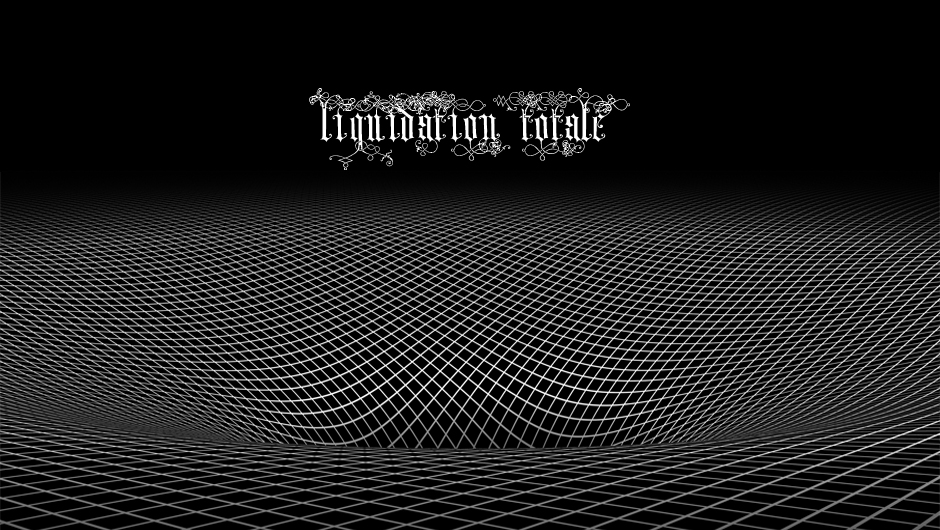 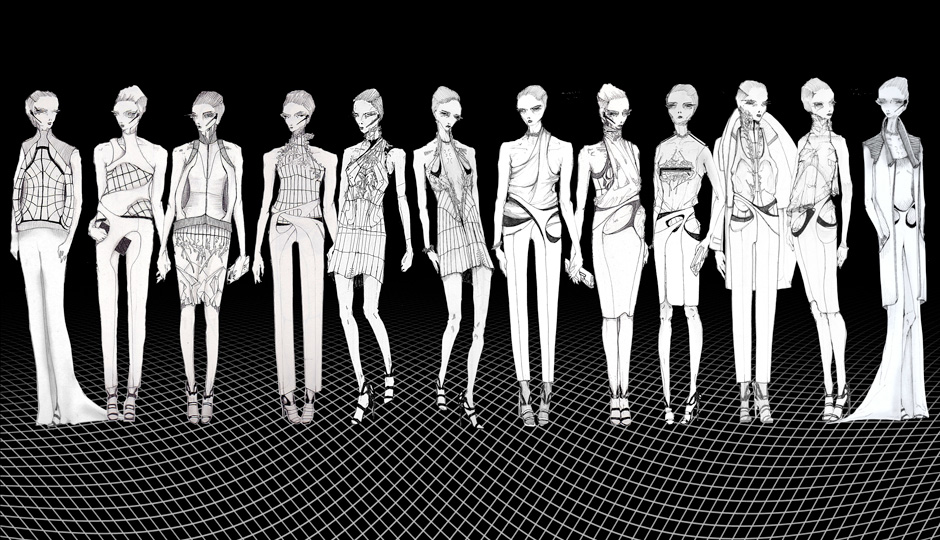 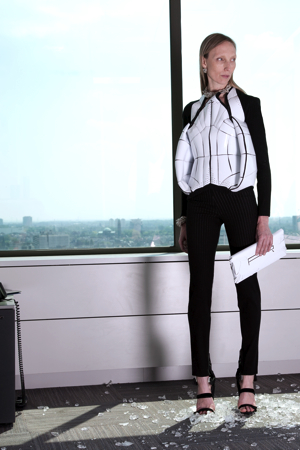 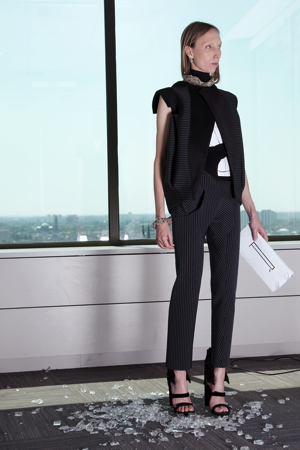 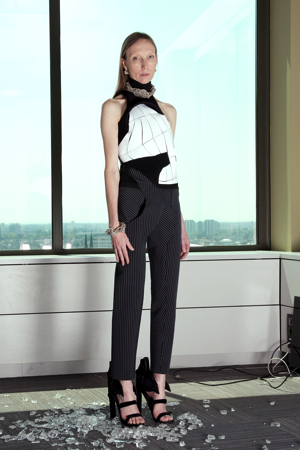 Future-oriented Pierre Renaux was already thinking about his post- academy future at the start of this collection, realising this would be the 'last time' (at least for a while) where he could decide on every aspect of a collection by himself. This brought him both anxiety and relief, because he knew he d have to make a 'tabula rasa' move when graduating from the academy, maybe even ultimately dissolving himself as a designer. Anticipating this scenario resulted in the 'clearance sale' or 'everything must go' principle, translated into a womenswear collection that shows garments that are in the middle of being ruined and/or dissolved. At the basis is a businesswoman's attire, the image of a cold, god-like, controlled woman, 'the last woman standing' of a company, a CEO who had to fight in order to say what she wanted to say, and who wears suits as rigid, armour-like garments. It is contemporary formal attire with a twist: the synthetic materials (neoprene, wax, plastic) are being distorted, twisted and appear to be melting or seem to consist of glass shards. They are mutating. Each silhouette contains the tension between a kind of coldheartedness and more sensual shapes, between strength and softness. The woman is being protected against her environment by clothes that are both body-hugging and yet dissolving.
Renaux doesn't see this collection as a pessimistic statement about his own future, but rather as a realistic exercise through which he creates new, 'hazardeux' (coincidental) energy, in which he loses control in order to create space for something new to follow. Look out for the tantalising and futuristic shoes, 3D-printed in Belgium, which are a first for the Antwerp catwalk!

THANKS TO: MOTHER, SISTER & PRECIOUS FRIENDS FOR THEIR SUPPORT, UNDERSTANDING, AND TRUST. CARINA GOSSELÉ FOR HER PATIENCE AND KINDNESS. MOMU. BMCI QUIMPER. iMATERIALISE BELGIUM.