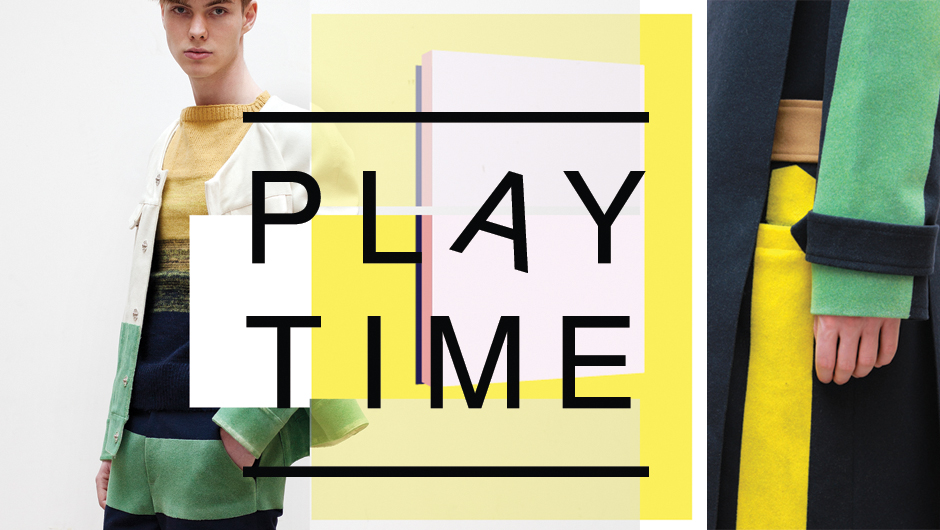 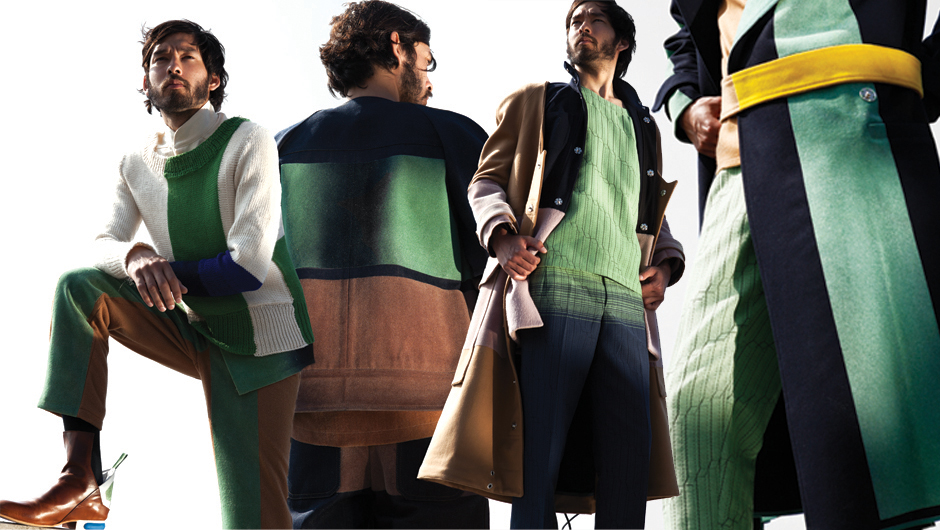 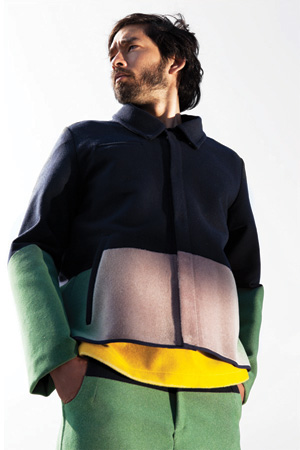 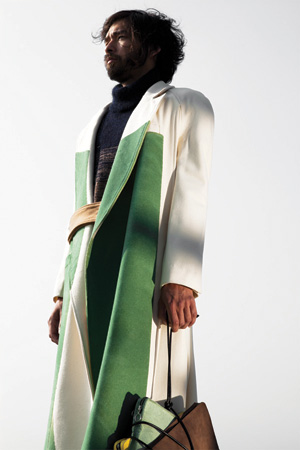 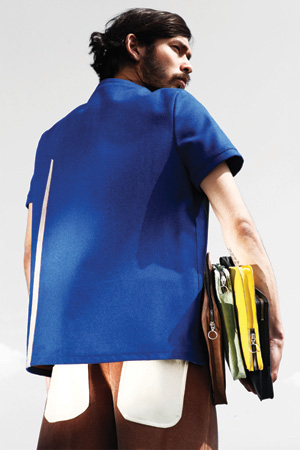 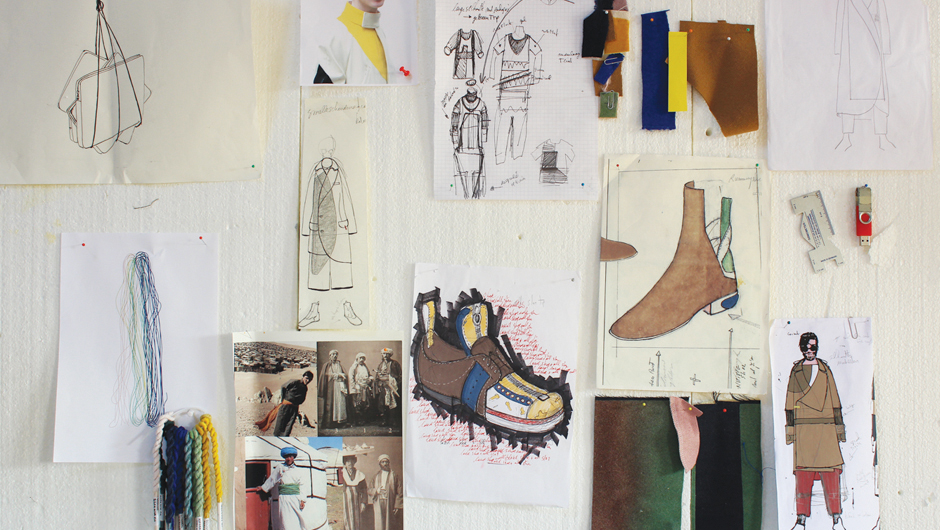 In a personal take on Jacques Tati's film Playtime, in which he offers a playful stance on modernism, Mattia Van Severen presents a menswear collection exploring the limits of two- and threedimensional voluminous garments. Starting from volume studies and wishing to create beautiful shapes, his architectural loden and denim coats with flocked colour blocks offer an alternative to the classic parka or trenchcoat. Inspired by artists such as Gordon Matta Clark, Olafur Eliasson and Rachel Whiteread, the play with negative and positive spaces makes for trompe l'oeuil effects that support the graphic aspect of the garments. The flocked colour blocks defy logic and create new laws of gravity and movement. Deconstruction and 2D effects make this collection a contemporary vision of classic menswear. The award-winning shoes, developed in collaboration with Sacha, are classic 1970s brown leather boots with a deconstructed backside and a sportswear-inspired heel with air padding. Watch out for the playful and minimal leather & velcro carrier 'bags' made for those who have an iPhone, iMac and Pad to carry around town.